To what extent does activism influence our society? 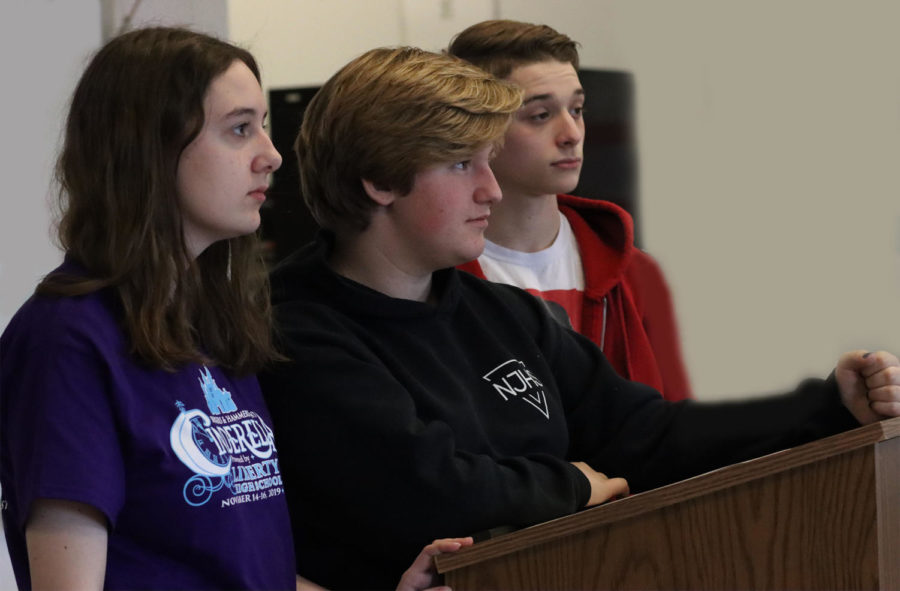 No act too little or too big should go unnoticed. Every bit counts. You can say so much without using any words. We are all activists in our own way.

The Ledger, Editorial Board

How do we define “activism” in today’s society? Is it simply defending your beliefs? Or, rather, is it wanting to be the change you want to see in the world? Maybe it’s both? Maybe it’s more than that?

However you perceive activism, it’s difficult to deny that it envelopes our communities; it’s the belief that persuades us to want to become better people and fight for some type of change. Acts, no matter how miniscule or immense they are, help our society advance to progression. It’s fallacious to believe that you’re simply too young to be an activist. Of course, at such young ages, you feel almost discouraged for having a voice in fear that you’ll be told to stop or that you don’t understand the complexities of this world just yet. We’re often told to take a seat and watch as the generation before us continues to argue and/or distort the truth into something ugly. If we want to display progression and steer away from misogynist culture, it’s important that we become assertive. Not passive. But not demanding. We need to find a balance so that our voices are heard but not overstepping our bounds to give into stereotypes that teenagers are too arrogant to listen to the older generation. It’s easy for people to take one look at us and judge our philosophies.

Activism varies from feminism to environmentalism to politics, and students the same age as us, and younger, have been constant reminders of how activism influences a societal change. Greta Thunberg, Emma Gonzalez, just to name a couple, demonstrate how having a voice can be of the greatest impact in such a broken, corrupt world. Thunberg, a 16-year-old teen from Sweden, first made headlines after giving a speech at the United Nations General Assembly in September expressing a powerful message about climate change to our world leaders. Within her speech, Thunberg explained how older generations look up to “us young people for hope” since our future depends on the decisions we create. However, the hypocrisy, she reveals, is how our childhood has been robbed with empty promises; citizens’ lives are at stake and the fact is is that people are dying, as well as our entire ecosystem. Thunberg goes on further to describe how our environment is facing a mass extinction, which, as a result, is hindering our future for economic growth because all corporations do, these days, is gorge on money. Our priorities are led astray as we are all at risk of “irreversible chain reactions” that will, soon, become beyond human control.

Emma Gonzalez is one of the survivors of the Stoneman Douglas High School shooting in Parkland, Florida that erupted in Feb. of 2018. Her, along with the other survivors, have created a united front that advocates for gun control; they’re formally known as Never Again MSD. Gonzalez, earlier in 2018, had delivered a speech at the March for Our Lives rally in just under two minutes. She gave, in emotional detail, the effects of gun violence, as well as the names of classmates that had been killed that day. Gonzalez then proceeded to remain silent for four minutes and 26 seconds. Gonzalez’s actions and words struck impact on the families and lawmakers regarding gun control, even when she had no words left to say.

No act too little or too big should go unnoticed. Every bit counts. That’s what activism is. It’s not shouting profanities at lawmakers, hoping that our curses will make them understand. It’s the idea that standing up for your faiths and beliefs will display the depths of how important activism truly is, especially now. Activism can be a speech, an article of clothing, an emotion or a feeling. You can say so much without using any words. We are all activists in our own way. Age, gender, sexuality are factors that people commonly believe will limit their ambitions but it’s the exact opposite; they reinforce our voices and it’s crucial that we start listening to that voice, now more than ever.