Breaking down the recent back and forth attacks between the two nations. 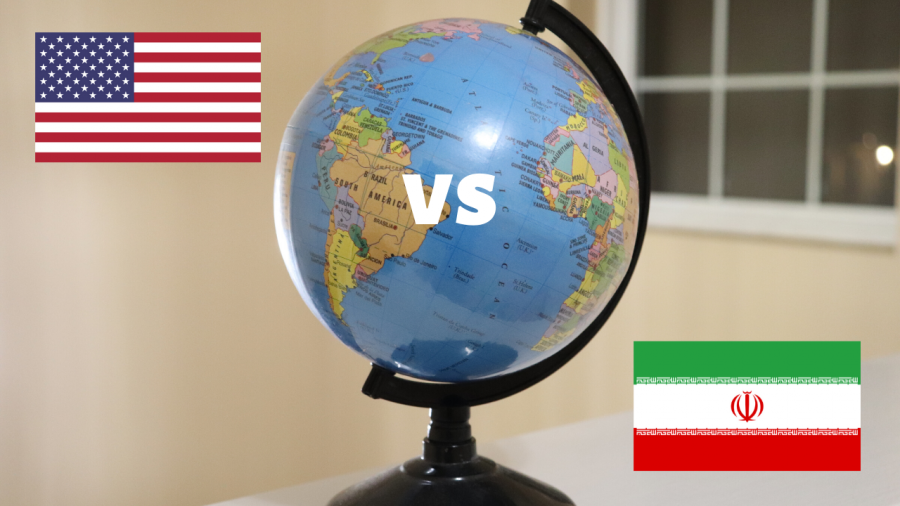 Throughout recent history, the United States has had a rocky relationship with countries in the Middle East.

There has been a lot of friction between the United States and the Middle East, especially with the likes of Iran. In 2015, Iran signed the “Iran Nuclear Deal” which stated that Iran limit its sensitive nuclear activities and allow in international inspectors in return for the lifting of crippling economic sanctions. In 2018, President Trump reinstated economic sanctions against Iran and threatened to do the same to any other countries that continue to buy Iran’s oil. Since then relations between the two countries have been tense.

(click here to enlarge)
Who was General Qasem Soleimani?

Many Iranians viewed Soleimani as a hero, and he was beloved by Iran’s supreme leader, Ayatollah Ali Khamenei. Soleimani was head of an elite unit that handles Iran’s overseas operations known as the Revolutionary Guards Quds Force since 1988. This organization was considered to be a foreign terrorist organization by the U.S.

Soleimani was killed by a U.S. drone strike Jan. 3 near the Baghdad International Airport. Our government has reason to believe that Soleimani was a threat. It was obvious he had a lot of power in his position, the U.S. Department of Defense released a statement saying that Soleimani was “actively developing plans to attack American diplomats and service members in Iraq and throughout the region.”

What does the drone strike mean for Americans?

To put it simply, this places the U.S. at a threat of war. The originally vague intentions of the strike was a dangerous decision that was followed by Iran’s vow for revenge. Because of Iran’s outrage, the likelihood of U.S. allies such as Saudi Arabia and Israel isn’t low, however, it is unlikely that this would spark the third world war. It is more likely that the war would just spread over a wider region than Iran and Iraq. Many people are worried that if another world war were to break out, America would have another draft. A draft is very unlikely, seeing as former President Nixon ended the draft towards the end of the Vietnam War, so people would stop protesting and to eliminate the fear and backlash. It is rather unclear what could happen, other than a retaliation from Iran.

Was the drone strike legal?

President Trump and his administration justify the killing of Gen Qasem Soleimani as a “defensive response.” Many people have claimed that the killing of Soleimani was actually an assassination by the U.S. government, and action that his been illegal since 1981, though U.S. law does not go into much detail to explain how assassination can be defined in different situations. Trump’s administration is calling the strike imminent due to the threats Soleimani posed, which lines up with Article II of the US Constitution stating that a strike is lawful along as it was believed the threat was imminent.

Now, what happens for a strike against Soleimani to be considered imminent? During an interview with CNN, a senior State Department official said there was “overwhelming evidence that [Soleimani was] going to launch a military or terrorist attack.”

Secretary of State Mike Pompeo told CNN that Soleimani “would have put dozens if not hundreds of American lives at risk. We know it was imminent.”

So as far as we know, this was a legal and imminent strike.

On the night of Jan. 7, Iran fired more than 20 ballistic missiles at two military bases in Iraq that house U.S. military soldiers – Al-Asad airbase and Erbil airbase. According to the Pentagon, there were no casualties or injuries reported.

Trump addressed the nation on Wednesday morning. “Iran appears to be standing down, which is a good thing for all parties concerned and a very good thing for the world,” he said. The Iranian president claims that his country is not afraid to strike back if the United States “commits another crime.”