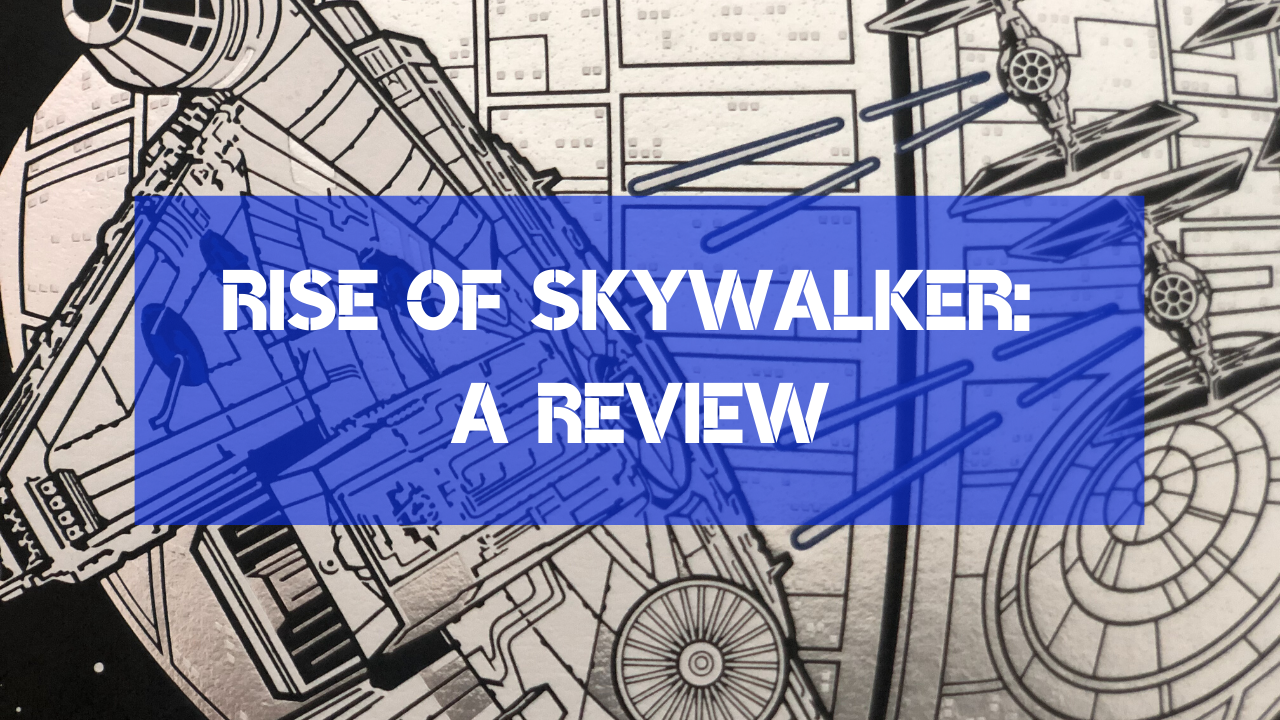 Over the month of December, I watched every single Star Wars movie that has come out since 1977, all the way to the most recent. I decided to see what all the hype was about for myself. (Created in Canva)

Over the month of December, I watched every single Star Wars movie that has come out since 1977, all the way to the most recent. I decided to see what all the hype was about for myself.

A Review on Rise of Skywalker

Over the month of December, I watched every single Star Wars movie that has come out since 1977, all the way to the most recent.

If I’m going to be honest, I never had any intention of watching any of these movies until about five weeks ago. Before that, I had regarded everything Star Wars as “too nerdy” and “not for me” (but this is also coming from one of the biggest MCU (Marvel Cinematic Universe) fans you’ll ever meet). After listening to some interesting (and heated) banter between some of my classmates during my Pre-Calc class about things like “the chosen one” and “midi-chlorian counts,” I decided to see what all the hype was about for myself.

And for sure, I can say that I was not disappointed. Though it was intense and had its quirks, it was thoroughly enjoyable with a great storyline. And December was the perfect time for this, as the ninth installment-Rise of Skywalker-in the saga was to be released on Dec. 20. And let’s say that… I have some thoughts.

If you’d like to dip your toes into the Star Wars saga, click here to watch the plotline of the saga.

The entire movie was a montage. It was obvious to see that the pacing was rushed, and that the plot could’ve easily fit into two movies.

The director of the first movie in this trilogy, JJ Abrams, returned to direct the final installment. When directing Episode 7: The Force Awakens, he set out a roadmap for the subsequent movies to follow, as to finish the arc in a cohesive way. But when he didn’t return for the second movie, the newly hired director Rian Johnson decided to make his own plan. This led to the whole fandom being split on whether the movie was a masterpiece or a master-mess. So when watching this third installment, it’s easy to spot all of the obvious jabs that Abrams takes at the previous movie.

But creative differences aside, it is safe to say that a lot was riding on this movie.

We open into Kylo Ren casually murdering tons of people on Mustafar (where Anakin Skywalker was killed and Darth Vader emerged), and then walking among the wreckage to find a glowing green *thing* called a “Wayfinder.” (This is a prime example of how throughout the movie, plot points happen without explanation as to how.)

He is then led to the Sith planet of Exegol, on which he enters a cave that speaks in voices of Sith Lords before him; like Darth Vader, Snoke, and finally Palpatine. The formal all-powerful Sheev Palpatine is now a cloaked shell of a man, who is… mounted on a crane?

Anyway, Palpatine goes on to say how he has died before, and how he now has the ultimate weapon: a fleet of star-destroyers. All Kylo has to do to obtain this fleet and begin “The Final Order” (Come up with better names?) is kill Rey. (Also, did anyone notice the tube of Snoke juice??)

Again, the question arises: How? Where is the explanation for this? How did Palpatine get these ships? And consequently, the idea that drives the plot is now tinged with questions of legitimacy.

But even leaving that, my one major problem with this movie is the disservice done to Anakin’s legacy. If he is the chosen one & the one who will bring balance to the force, then how is Palpatine back? Was his sacrifice for nothing? And then does that mean that Rey becomes the new “chosen one?” When the voices called to Rey, to give her the strength to come back, Anakin should’ve come back as a Force Ghost. He should’ve been there to do the deed himself. He should be the one who is behind the final blow.

Where Are the “Why’s”

I can go on and on; but apart from that, I just have a list of questions I’d like answers to:

I do not hate this movie. I do not think it’s a masterpiece, either. It was an enjoyable movie, but one that does not stand high enough to be an end-piece to a 9-part saga. It didn’t have the normal “JJ touch” that the director normally brings.

The most enjoyable parts were the ones that were most underrated. Babu Frik stole every scene he was in. The little family of droids that had formed by the end of the movie was a nice touch. Adam Driver’s performance was impeccable; he did phenomenally with what he was given. And the Sith choir on Exegol, was priceless. It probably wasn’t supposed to be funny, but the idea of the souls of the Sith serenading to Rey’s ascension is hilarious. The CGI work in posthumously edited scenes of Carrie Fisher’s character was seamless & looked natural.

Seeing Rey’s saber at the end was a really uplifting moment. Her yellow saber, evident of her being the protector of the Jedi teachings, was perfect. It gave me hope, that the Star Wars Canon Universe has some good content on the way. With projects to the likes of the Mandalorian & The Obi-Wan Kenobi TV show, maybe the Disney Era will be in good hands. Maybe.

One Response to “Rise of Unanswered Questions”