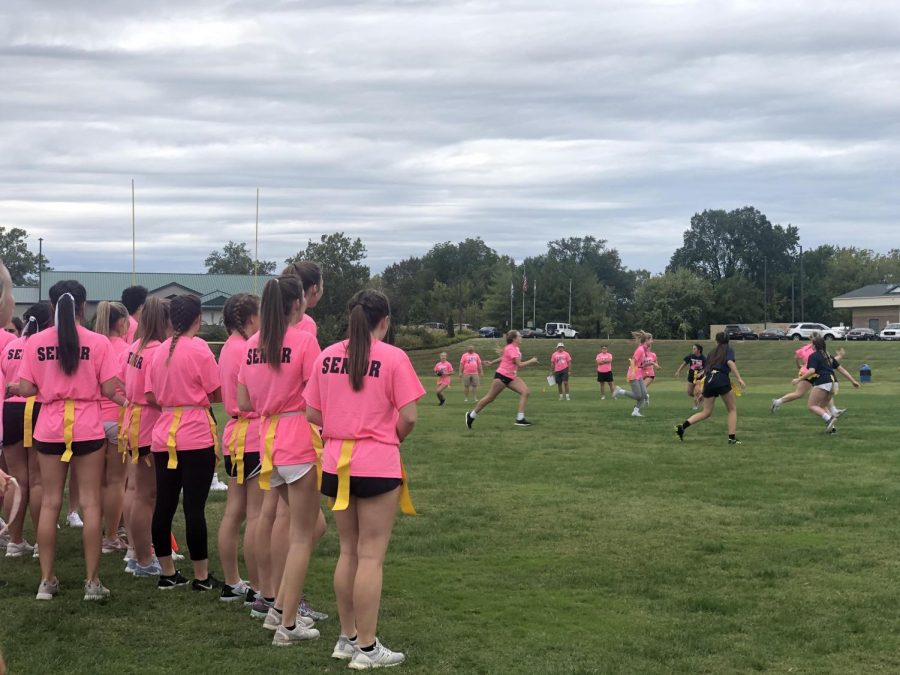 2019-2020 seniors stand on the sidelines, cheering on their teammates at last year's powder puff game.

With football starting back up, what better way to celebrate than having a powder puff game? Liberty’s third annual powder puff game will be played at Heartland Park in Wentzville at field #2 on Sunday, Sept. 20 at 6 p.m.

For only $20 any junior or senior girl will get a t-shirt and a spot on the team. (form included in post)

This event may be just for fun, but it’s also a very competitive event. Tensions get high between the participants with ultimate bragging rights on the line. Players from the football team are coaching both teams, and they have already begun schemes to defeat each other. It’s all going to come down to who understands the game more, and who can use the players they have available the most efficiently. 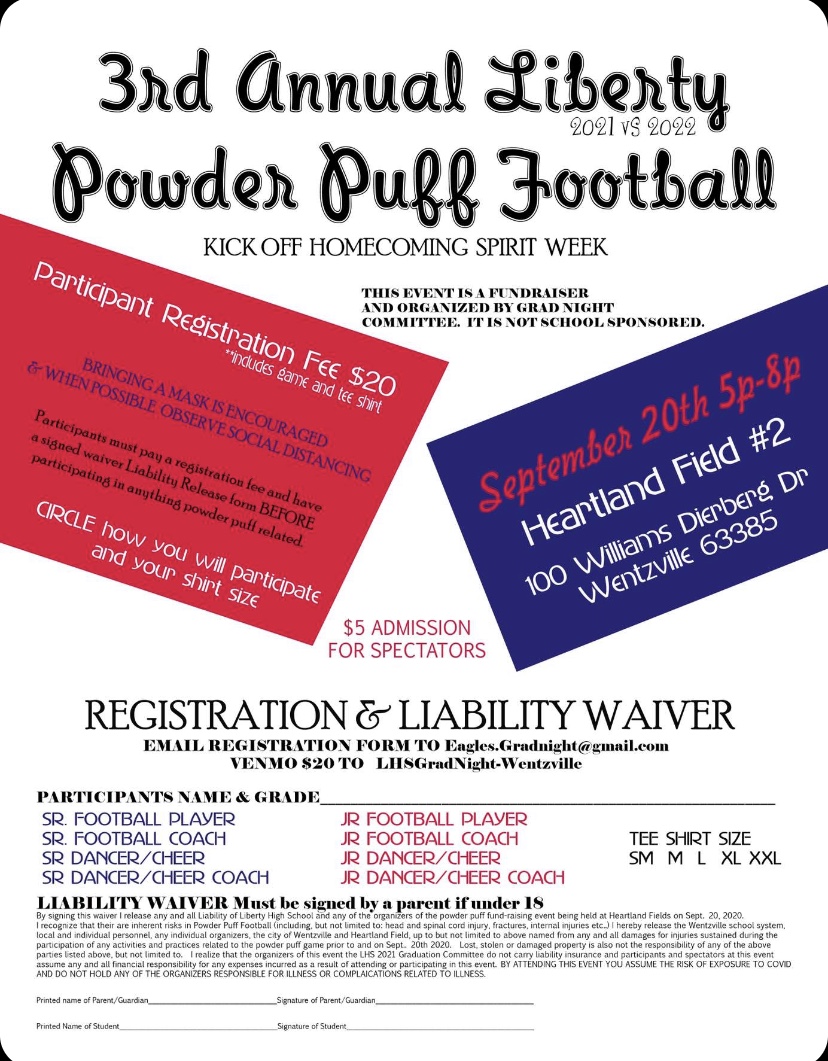 “Our team is looking good, we have our junior year under our belts so we know what to expect. It’s kind of fun to have a different perspective as a coach since we are normally the ones being coached,” Eagles senior defensive back and one of the senior powder puff coaches TJ Irlmeier said. “We are excited to get the girls a chance to play football and we are confident we will take home the win against the juniors.”

Not only is the game going to be entertaining to watch, but potential spectators ($5 entry) can look forward to the senior and junior guys doing a dance performance at halftime. The guys have already had their first practice and are looking to impress a big audience at the game.

“So far the guys have done a great job with picking up the dance. They aren’t afraid to try new things and do something they have never done before,” senior Avery Thomas said, one of the Liberty Belles who helped choreograph the dance.

Now this game isn’t just for upperclassmen. It is encouraged that any student and parents who are a part of the Liberty community, make an appearance at this event. Though this may only be the third time Liberty has had a powder puff, it is expected to be the best yet.