Autocrossing & How It Makes Safer Drivers 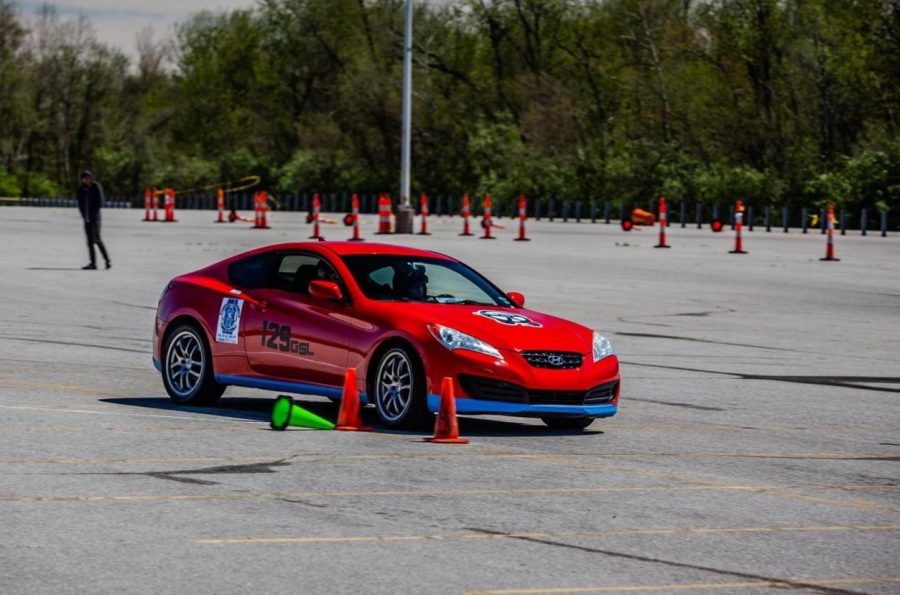 Autocrossing isn’t something people normally associate with safety when it comes to driving. But most people who think this don’t really understand it. My family and I know firsthand how auto-crossing makes you a safer driver.

I’ve been participating in autocross events with the Sports Car Club of America, or the SCCA, since I turned 15 and earned my driver’s permit back in August of 2019. I’ve been doing this for almost two and a half years now, and what I have learned while doing this is extremely beneficial in more ways than one. The SCCA also holds a driving school for people in high school known as Street Survival School, which is so beneficial that police in the area wish they could take their students through the school themselves. Both the autocross events and the driver school teach many of the same things in different ways.

With the driver school, they will have an instructor drive your car through a set of obstacles that are set up within the area to show you how they work and what to do once. After this, you are in the driver seat the rest of the time for drive time. You spend a couple of hours in a classroom, then the driver seat before lunch, then the same after lunch, but in the single day you take this course you learn many things. The Street Survival School has saved many lives, in particular, a girl who went through the school got into a pile-up crash on a highway, ending upright in the center, and was fine because she knew what to do. Things that you learn in the driver school would be emergency braking in both wet and dry conditions, split-second decisions on the fly, how to control a hydroplaning car, and backing around obstacles.

In the autocross events, you learn a little more during the events than the driver school, but I highly recommend signing up for a day in the driver school at some point. My first time out at an autocross course, I spun out on my first run. I also ended up shutting the car down by accident because I forgot to put in the clutch with the brake but that’s beside the point. I’ve spun out many times since then, but I’ve gotten much better at recovery and even gaining control of the car when I start to lose it. Autocross courses are designed by a team and set up using cones and, believe it or not, flour. There are three heats in a single day and many car classes that come out. A lot of the cars that come out are regular streetcars, but we do get some that have to be brought in on a trailer. The events mainly take place at the St. Charles Family Arena because of the large size of the parking lot.

When you come out to an event and participate for the first time, you will be labeled as a Novice. This is not a bad thing, in fact, there are many people at the events who would be willing to ride along with you and give you some tips. Unfortunately, I did not have this experience because of COVID, but we still held events with COVID rules in place and never had an issue. The racing season usually begins in March and ends in October, and every event takes place on a Sunday, with the exception of those which are rescheduled as they tend to land on Saturdays instead.

Now, you may still think that the autocross may not be beneficial when it comes to everyday driving. If you do still think that, then let me give you a couple of examples.

I don’t remember when this happened exactly, but while driving onto the highway at some point, my mom had spun out. Now, because of her past nickname at the track being the White Tornado because of how much she would spin out of control, she knew exactly how to handle the situation. She did not panic and got control of the car, and we did not end up in a crash or hitting any nearby barriers. Sure she probably panicked the nearby drivers, but she knew exactly what to do and kept us safe.

This example, on the other hand, is my own experience. On Aug. 10, I was taking my sister, a friend, and myself to the mall. I was not in my normal, everyday car, I was in my stepdad’s Chevy Caprice, a former police car. There was a heavy storm that day, and the tires on the car were not the best for driving in wet weather. As I was entering the highway on the road next to the school that transitions from a normal road to the highway, I could not see or avoid the large puddle that was in the road. Almost a full second after hitting the puddle, the car began to hydroplane. Thanks to the Street Survival School and the autocross events where it rained, I knew that I had to remove my feet from the pedals, including the brake, and just steer. I probably scared the poor driver behind me, but I kept the car in my lane for the few seconds that I was hydroplaning. Had I not known what to do, I probably would’ve crashed into the barrier on the right or the slight ditch on the left.

None of the following is limited to boys because we also need more girls interested in this stuff as well. We’d love to have more competitors on the board in our autocross events, especially some in our age range.

Should you be interested in either coming out to spectate, ride, or drive in an autocross event, you can visit the following link for more information on the event schedule and online registration –  ​https://solo.stlscca.org/

If you are interested in taking doing the Street Survival School, I highly recommend it, you can visit the following link for more information and registration – https://streetsurvival.org/

I am also interested in starting a club for students interested in learning more about their cars and street safety, as well as meet-ups at SCCA events for some experience. This club would be to teach you more about your own everyday cars and how to take care of them and more. This will include some cars I will drive up myself that are not my everyday driving car, and even the car that I race. If you are interested in a club for this being established, please email me at [email protected] and let me know that you are interested.