Racing Towards The Record 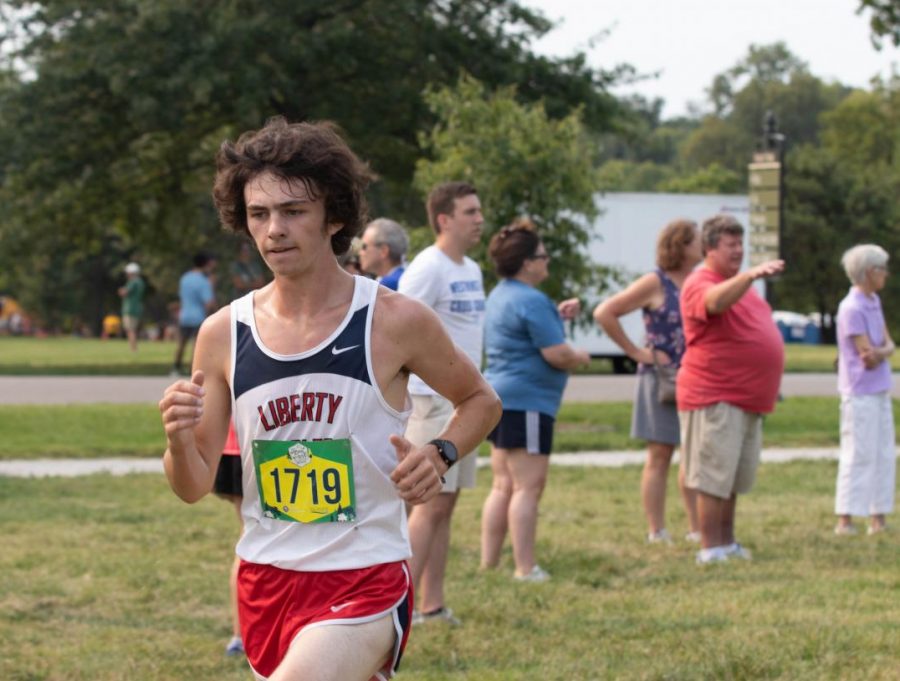 One major goal senior Collin Fay had this cross country season was to set a new school record in a 5K (3.1 mile) race. Previously owned by alumni Gabe Rompel with a time of 16:57, Fay reached this milestone on Sept. 25 at Gans Creek in Columbia.

Fay finished the race with a time of 16:41, which was nearly a minute faster than the next Liberty runner.

“Collin has been very consistent this year,” cross country coach Glavin said. “He has embraced the mindset that is required to train and race at a high level. He has realized that racing is uncomfortable and he has learned how to deal with it.”

With achieving this record, a new side of Fay is being shown.

“It’s definitely like a huge confidence booster, because it was my goal this year, but I got it early in the season,” Fay said.

Fay’s favorite memory in his racing career was “winning conference last year or breaking the record. It was between these two.”

Fay hopes to run in college and has the mindset of not quitting and believes that cross country will help him in the world after high school and maybe even college.

Fay’s goals for the rest of the year are to “qualify for state, maybe even probably run around 16:20 or the low 16s, and then drop the record even further.”

He is looking forward to track in the spring and going for records in the mile, two-mile, and the 800.”