Everything You Need To Know About ‘Spider-Man: No Way Home’ 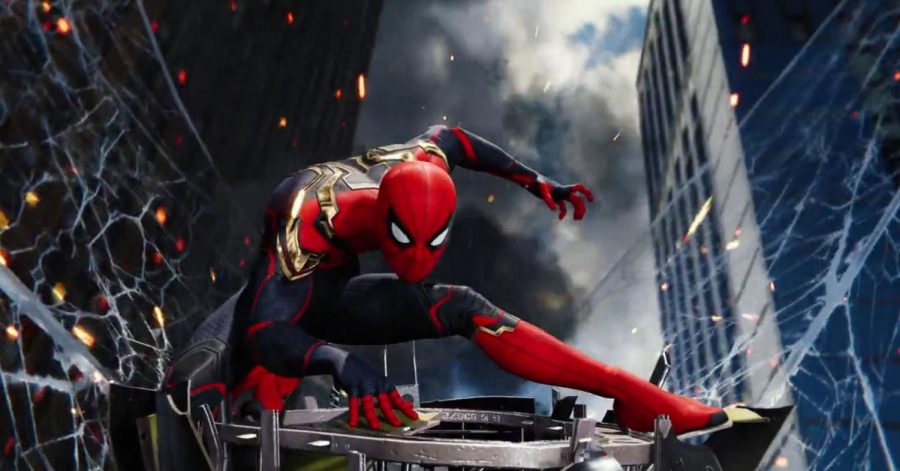 Spider-Man in his new integrated suit that he created in "Spider-Man: Far From Home."

Over the years, Marvel Studios has made incredible movies, one of their best-selling franchises has been the new Spider-Man which has appeared in several movies. “Captain America: Civil War,” “Spider-Man: Homecoming,” “Avengers: Infinity War,” “Avengers: Endgame,” and “Spider-Man: Far From Home.” And now his next upcoming movie, “Spider-Man: No Way Home,” is one of the most anticipated Spider-Man movies ever. There are a few reasons why.

“Spider-Man: No Way Home” takes place right after the events “Spider-Man: Far From Home.” The teenage Spider-Man’s identity has been revealed to the public and now he’s being accused of killing Mysterio, when in reality, Mysterio was the villain who tricked the public with holograms so he could gain attention and inherit all of Iron Man’s technology. So in this new movie, Spider-Man goes to Doctor Strange to cast a spell so everyone forgets who Spider-Man is.

But Peter Parker messes up the spell, and now villains from other universes (other Spider-Man movies previously not affiliated with the MCU). All of these villains died fighting Spider-Man in their own universe, and are now out to get revenge on this variant Spider-Man. Now the teenage superhero has to stop them from destroying the city.

So far, five villains have been revealed via the trailers, and there are hints of a sixth villain to create the sinister six; which is a group of six Spider-Man villains who teamed up to take down Spider-Man. The villains that will be going against Spider-Man for the movie are Doctor Octopus, Green Goblin, Sandman, Electro, and Lizard. From what we know the villains retain the same memories from their other universes/movies right after they died in them.

Many fans speculate that Spider-Man will not be able to take them down alone and will need help. Because of the MCU’s recent ventures into exploring the multi-verse in projects such as “Loki” and “What If?”, many believe that the other Spider-Men from the other movies will show up to help Tom Holland’s Spider-Man.

So far there are two full trailers for this movie and in the second trailer near the end, Spider-Man jumps after the villains for the final battle. But in the Brazilian version of the trailer, there was an extended half a second in that scene where Lizard whips his head to the side as if he was hit by something; but nothing is shown hitting him. Marvel has done this in the past- graphically altering clips in the trailers as to not reveal major plot points from the movie. This detail has led fans to believe which must have been something or someone cut out… the other Spider-Men?

Because there is so much anticipation for the movie, tickets sold out the second day they were available. Many people will have to wait at least a day or two to watch the final installment in this Spider-Man trilogy if they try to get tickets today.

After months of speculation, audiences we will get answers to their burning questions in “Spider-Man: No Way Home.”