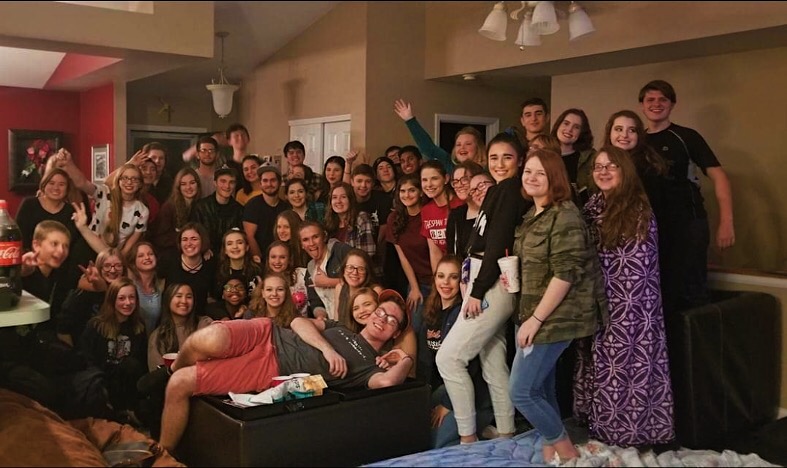 The Thespians celebrate an amazing show at the “Footloose” cast party. (submitted by Cameron Jones)

The Thespians celebrate an amazing show at the “Footloose” cast party.

The Magic of Theater

A close up look at Thespian Troupe #8211

One of the biggest struggles of high school is trying to find where you fit in. Friend groups constantly changing, a consistent flow of new people in and out of your life, it’s tough for everyone. It’s a search for a place that feels right, and a group of people that feels like family. For freshman Avery Schlattman and many other students, that place is Liberty’s theater.

“I felt welcomed right way, and instantly made new friends. I’ve always felt very included, a few of the people I’ve met through theatre have quickly become some of my closest friends,” Schlattman said. Schlattman has been involved in theater since elementary school, but no other place has felt quite like Liberty.

“Liberty’s thespians have a closer bond that any other group I’ve worked with before, and I genuinely enjoyed showing up to rehearsals every day. It was something to look forward to, and we always had so much fun.”

Schlattman isn’t the only student that was welcomed to Liberty by the thespians. Junior Dylan Lindke feels the same way. After moving here at the beginning of September, he quickly joined the thespians and became a part of the fall musical, “Footloose.”

“I first joined the program during the preparations for Footloose. I was new to to the school, and was welcomed very warmly. Everyone accepted me, much like a family member. We are all really close, it didn’t take long at all,” Lindke said. “Being the new kid isn’t always east, but making all of the friends that I did in theatre made it a ton of fun! They are some of the best people I’ve ever met, and I’m so proud to call them my theater family.”

The Thespians have created many traditions throughout the years they’ve been at Liberty, including eating at Steak ’n Shake after the second night of their show. The shoe tradition, a favorite among seniors, involves passing a spray painted baby shoe down to an underclassman, to represent them “filling their shoes” when they’re gone. The underclassman will then get to pass down that shoe when they’re a senior, and the cycle continues.

Senior Marissa Pukala-Whitaker first joined the Thespians at the start of her junior year. She has appeared in each the shows since, loving all of them equally.

“Being a part of Liberty’s Thespians definitely improved my high school experience, because it’s given me something to look forward to. It’s helped me grow as a person, and has allowed me to meet all of these amazingly talented people who have really changed my life for the better. My overall experience with the thespians has been amazing, and I don’t want to leave,” Pukala-Whitaker said. “I’ve not only been able to grow as an actress, but also as a person and make these amazing friends that are like family to me.”

When asked if she what she would say to students wanting to join the thespians, Pukala-Whitaker knew her answer immediately.

“Do it, and don’t be afraid to be yourself, because we really are a group with open arms,” she said.

Sophomore Evan Mantz, a stage manager for “Footloose,” has found his best friends through this theater program.

“My favorite thing about this program has been the people, because they’ve been so nice and accepting. This group has given me such a fun, hectic, and exciting experience, and I wouldn’t change any of it.” Mantz said about his year with the Thespians.

Whether it’s performing on stage, working behind the curtain, pressing buttons in the booth or spending time together outside of the show, Thespian Troupe #8211 does it together as a family. They welcome students happily, and find ways to have fun while putting on an amazing show.

Don’t forget to support your Thespians by coming to Radium Girls, March 7-9 in Liberty’s theater. 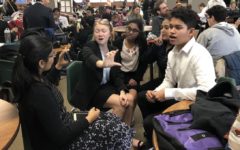 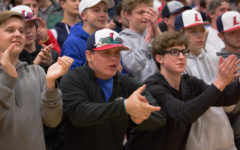 The Spirit of Home Court 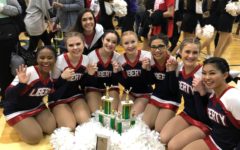 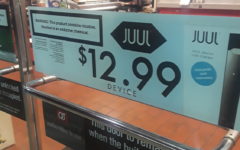