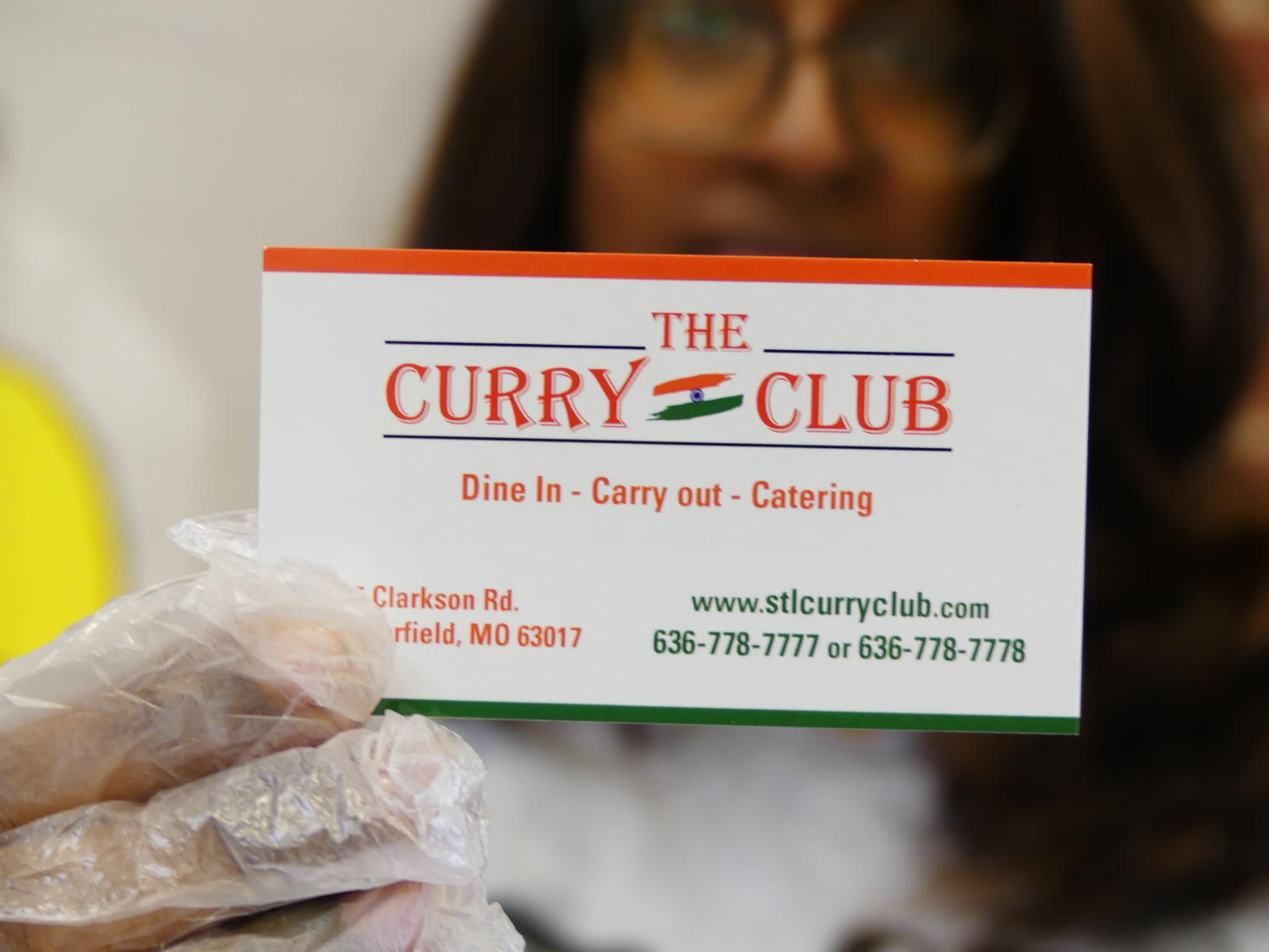 The Curry Club catered at the Taste of Wentzville, allowing attendees to experience Indian cuisine.

Around the World in One Day

Before digging into a tasty plate of enchiladas or some delicious curry, its common not to acknowledge where the food comes from. In an effort to bring awareness to the multitude of cultures in the community, Diversity Club held the Taste of Wentzville along with Holt’s CUSA (Culturally United Students Association). The event represented three different cultures, such as Southeast Asian, Hispanic, and African American cultures.

“Food and understanding that aspect of culture would bring a gate to bigger things and it feels really needed here at Liberty,” senior Aminhan Lobster said. As the co-president of Diversity Club, Lobster sees the potential of the event in advancing the inclusion of minority students.

“I feel like teachers and staff are making strides everyday but we do have a lot of minority students and we’re a caucasian dominated school,” Lobster said. “I feel like we can make steps in everyday life from the classroom to our activities to make things more inclusive and even prepare minority students for higher education and skills beyond high school.”

The success of the event, shared by Holt CUSA, brought awareness to the diversity in the Wentzville area. The two schools joined together to increase the amount of people they could reach out to.

“The point of this event was to bring everything to one spot. There are a lot of people coming into Wentzville, a lot of immigrants, so Wentzville is expanding and a lot of people don’t know what we have to offer,” Holt senior Jahmal Rice said.

It’s no secret that the Wentzville School District is growing rapidly. As a result, the growth in population means the growth of different types of people and a need for inclusion for all of them. Correspondingly, CUSA’s goal is to put students out of their comfort zone and meet new people.

“We don’t like to see people clique up, staying in one area because that’s who they think they belong to,” Rice said. “We are all friends, we are all family, so we just try to bring people together, let them know we are trying to make everyone feel safe and make everyone feel comfortable.”

The caterers of the Taste of Wentzville also see the event as an opportunity for the community to come together and learn about others’ cultures as well. Deborah Robinson from Eat Stay Love loved the idea of bringing different ethnicities in one spot.

“When we heard that there was going to be something based on diversity and there was different booths with different ethnicities we were totally in,” Robinson said. “We deal with pretty much two different races, so to be a part of something that was way more diverse than what we usually deal with was really exciting for us.”

Both CUSA and Diversity Club have the goal of making the Taste of Wentzville an annual event so the students from both schools and the community can have the opportunity every year to meet and interact with new cultures. In addition to Holt and Liberty running the event, there is prospect of including more Wentzville schools in the future.

“Hopefully with us coming together, Timberland can have a club like ours, and it can be a Wentzville thing,” Rice said. By opening the doors of the school to the community, the Taste of Wentzville was able to open doors to the inclusion of the myriad of cultures that live under its roof. The town may seem small, but could one day provide an around-the-world experience for those who wish to seek it.