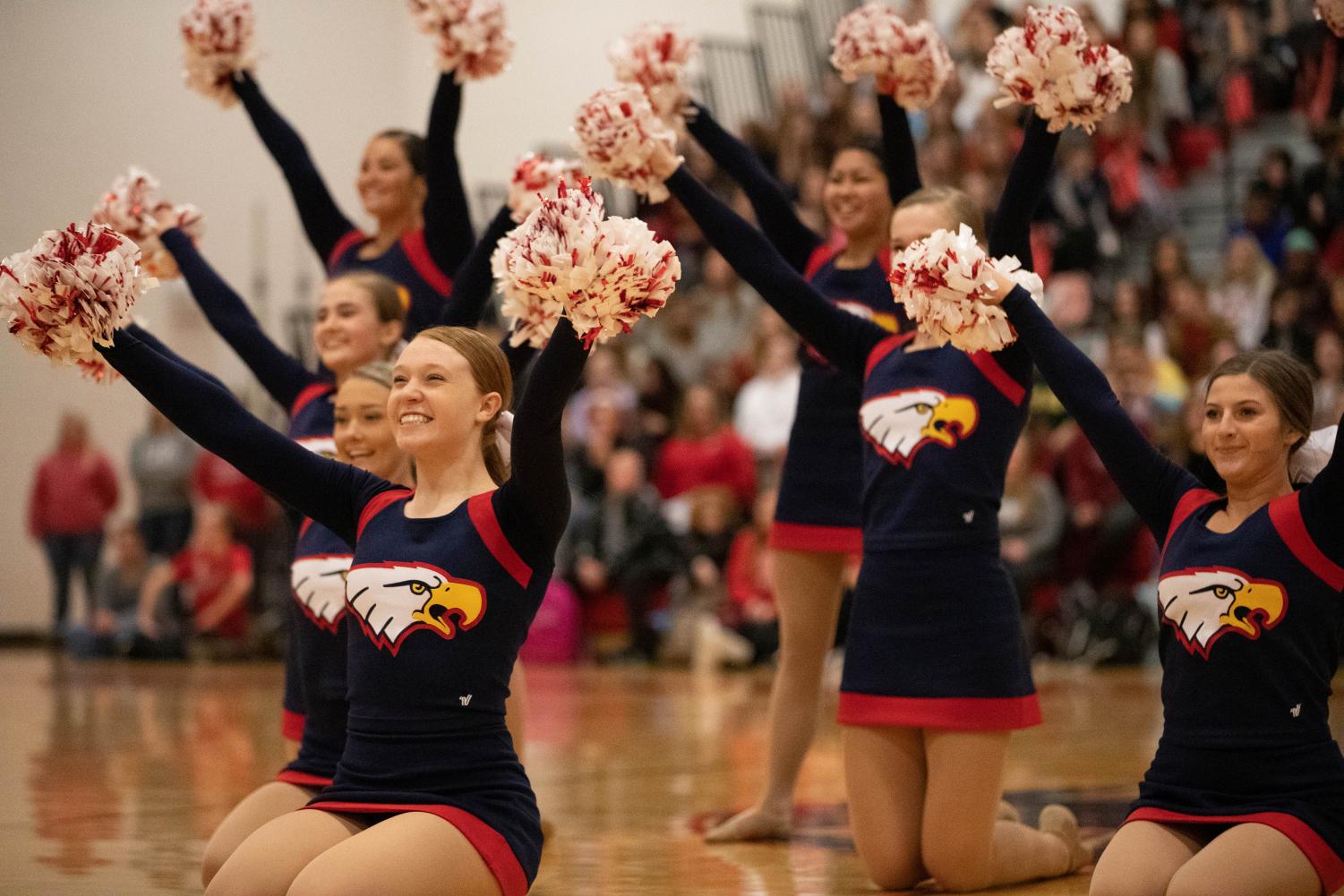 The Varsity dance team performs their pom routine at the Red Night assembly.

“The Liberty Belles”: A Name to Remember

They spin, they cheer, they leap, they smile. Every move is precise, every kick is in line. When the Belles take the floor, the crowd is in awe, hearts synchronized to the beat of the music. However, to an unwitting audience member the moment is often suspended on the court or the field when halftime is over.

“Not many people realize how hard we work and how often we practice,” junior Mya Waldren, a dancer on the team, said. “They might think that we are just on the sidelines but we are our own sport and our own team that is constantly pushing to be the best.”

This year alone, the varsity dance team has placed in each category at every competition. In last week’s competition at Fort Zumwalt East, they placed second in the Game Day and Precision categories and third in Pom. They won first place in all three dances at every other competition this season. In the course of their seven-year existence the team has won state twice and placed at nationals.

“The Belles have improved in consistency and confidence,” Coach Amanda Miller said. “It has been very rewarding to start this program from square one. I’ve had the privilege to watch four classes of dancers begin their high school journey as children and later graduate as adults. It’s quite the transformation.”

Miller has been with the Belles since their start in 2013. Starting a program from scratch is a unique task; with no idea what experience a school holds, you are constantly reworking the direction your team will take. There is no legacy left behind to follow – instead, a legacy must be made.

Senior Hailey Forck, co-captain of the team, remembers looking up to the dance team and making it her mission to join.  As part of the first freshman class with all grade levels at Liberty, Forck caught a glimpse of what the future could hold.

“In the past four years we’ve grown so much,” Forck said. “I’m excited to see how much we’ll grow in the next four years too.”

Quickly, the team danced their way to victory. In 2016, they won state for the first time. The Belles, though small in numbers compared to other teams, had the potential to become a massive force in the competition world.

Forck’s final year on the team has proven that theory.

When they used to walk into a competition, this wasn’t known. Most dance teams have been established since their school’s opening, having the opportunity to grow and define their program year after year. The Belles don’t have this reputation on their side, but their dedication to creating one shows – they have had a near clean sweep this season against teams triple their history and double their size.

“I feel like sometimes we’re almost the underdog because in past years we’ve been so small and this is the first year we’re starting to grow and be a consistent team,” sophomore Anna Weber said. “I think the other schools are realizing we’re making our way up.”

For the Belles, success isn’t without practice. They practice four days a week, both during the summer and during the school year. Each practice is carefully scheduled to make sure everything is included, from conditioning to technique to choreography.

“Practice time is very precious so I try not to waste our time,” Miller said. “Our team motto this year is ‘everything counts.’ I strive to make that relevant every day we’re together. We try to treat each practice as if it’s just as important as a performance at a game and the game is just as important as a competition. There are no small things, because in the end, it all counts.”

As the Belles have grown stronger, so has their bond. While they may be performing different moves, they are one when they compete, telling a story through dance that can’t be said with words. It is not a matter of who’s the best on the team and how well an individual does, but instead in how they build each other up.

The girls who once just dreamed of winning nationals now foresee placing in multiple categories. Those who began inexperienced are now teaching and inspiring those after them. Most importantly, the Belles have established themselves as not just any other dance team- they are a name to be remembered.

***EDIT: This story incorrectly stated that the team went to state Forck’s freshman year. It has since been corrected.*** 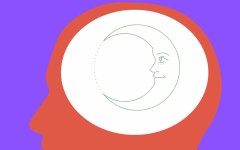 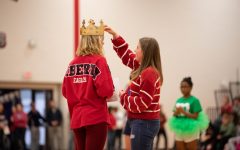 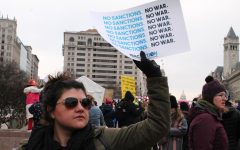 Marching A Step Closer To Equality 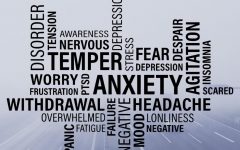 Ways To Cope With Anxiety