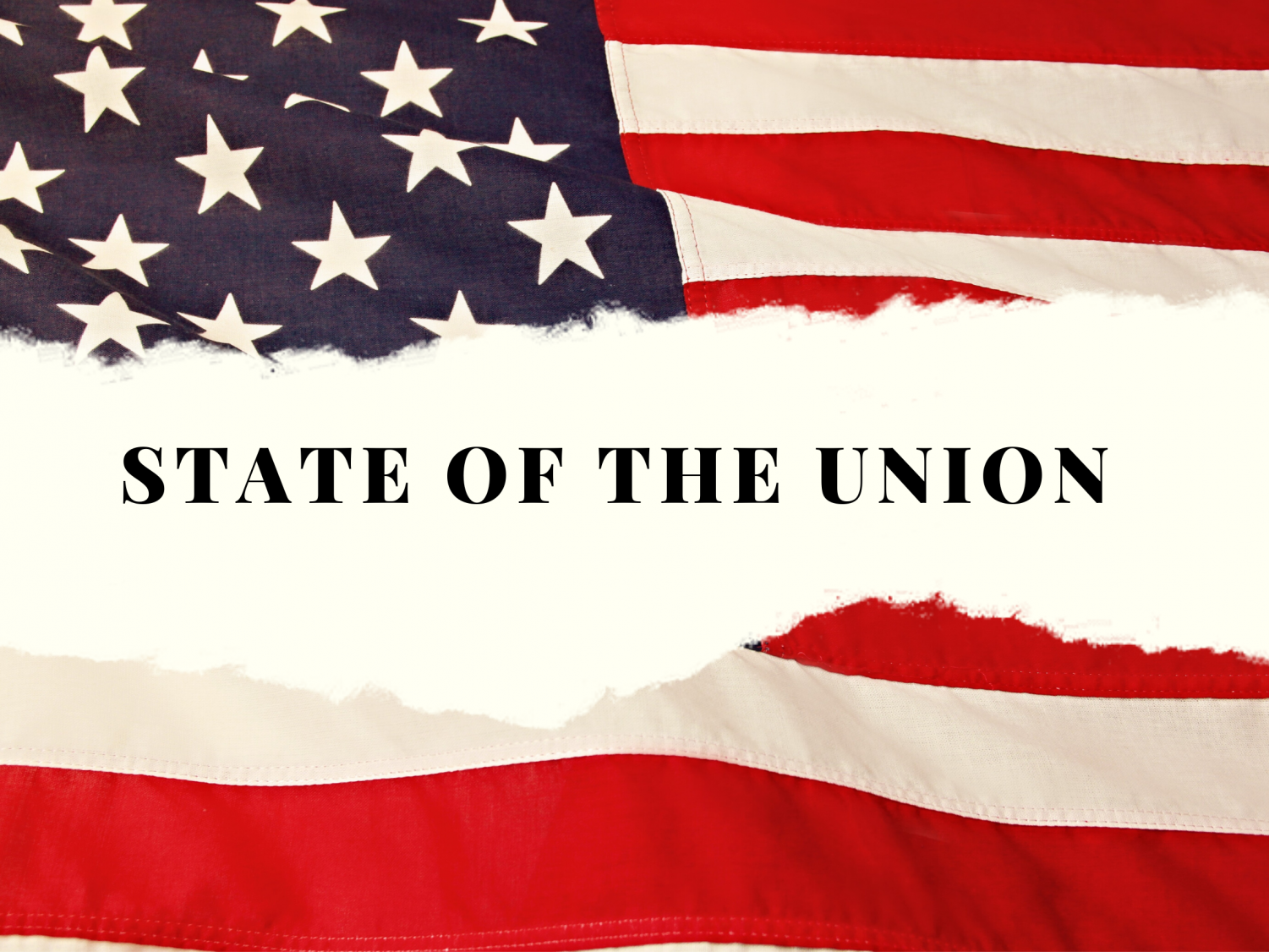 President Trump gave the State of The Union Address on February 4. (Graphic made by Mollie Banstetter)

President Trump gave the State of The Union Address on February 4.

Graphic made by Mollie Banstetter

The trending moments of the 2020 SOTU address

For those of you who tuned into the 2020 State of the Union address, it may have reminded you of “The Office,” from the camera pans, the awkward moments, and the weird twists. Watching the SOTU address was an interesting experience. While I have only watched a few of them, I’m pretty sure this was unlike any other.

As many may recall, the night started off with an awkward snub made by President Trump after Speaker of the House Nancy Pelosi reached out for a handshake after he handed her and VP Pence copies of the speech. Pelosi later commented on the childish snub saying “Democrats will never stop extending the hand of friendship to get the job done for the people. We will work to find common ground where we can, but will stand our ground where we cannot.”

What followed was what seemed to resemble a Trump rally when the Republicans started chanting “Four more years!” Between the numerous applause breaks, President Trump talks about “The great American comeback” saying that “In just three short years, we have shattered the mentality of American decline, and we have rejected the downsizing of America’s destiny. We have totally rejected the downsizing. We are moving forward at a pace that was unimaginable just a short time ago, and we are never, ever going back. (Applause.)”

To a select group of people, these would be inspiring words but to me, those words are scary. Those words signify an agenda that aims to take away rights from women, members of the LGBTQ+ community, impoverished citizens and immigrants. And whether or not you fall into any or all of those categories, you should be scared too. If you truly want America to be great, then you would see we’re never going to come close if we keep on dividing and discriminating against people who we don’t agree with or relate to.

If you read the list of orders and laws that Trump either signed or repealed by The Leadership Conference of Civil and Human Rights you will see how clear Trump’s agenda is. For example, on Feb. 12, 2018, the Trump administration released an infrastructure proposal that would reward the rich and special interests at the expense of low-income communities and communities of color, which would leave behind too many American communities and those most in need. During Trump’s campaign, he was always talking about how he wants to help the working-class families and make lives better for them, but he is clearly proposing initiatives and laws that benefit the wealthy.

On Feb. 15. 2019, Trump announced that he would declare a national emergency on the southern border – an attempt to end-run the Congress in order to build a harmful and wasteful border wall. We have talked about the wall issue to death, but all I will say is that this wall is ridiculous, it’s a racist monument, there are better, cheaper, and more productive ways to deal with illegal immigration.

On March 25, 2019, the Trump administration said in an appeals court filing that the entire Affordable Care Act (aka Obamacare) should be struck down. Whether you like Obama or not, this healthcare act slowed the rise of healthcare costs, allowed kids to be on their guardian’s insurance plan, covers pre-existing conditions, and the 10 essential health benefits. Why would Trump get rid of it other than the fact that it was created by the Obama administration?

Those are just a few examples of how President Trump is clearly not in the business of making America great.

Later in the event, the President bestowed the Presidential Medal of Freedom to political commentator Rush Limbaugh. According to the White House, this medal is the highest civilian honor, “It is awarded by the President of the United States to individuals who have made exceptional contributions to the security or national interests of America, to world peace, or to cultural or other significant public or private endeavors.” Rush Limbaugh is the host of his own radio show “The Rush Limbaugh Show.”

Limbaugh is known for being outspoken, but not in a productive or positive manner. He is famous for his controversial and partisan opinions. I fail to comprehend why Rush Limbaugh was even brought up when it came to who would get the medal of honor, this man does not in any way contribute to society in a peaceful or exceptional way, but I suppose that it’s not very surprising seeing as he shares the same views and opinions as the man who awarded him the medal.

Limbaugh is now in the company of past honorees, Rosa Parks, Martin Luther King Jr, and Mother Teresa. Limbaugh has not contributed to society in any way that is similar to past recipients- he tears people down and makes fun of them while these people dedicated their lives to peace and equality.

And finally the most talked-about moment from the whole night, the end of the speech or more of what happened at the end. Now whether or not you saw this while watching it live, saw it during your morning scroll on Instagram or heard a news anchor on Fox yelling about it, then you are probably aware that I’m talking about the moment when Nancy Pelosi tore up the speech.

Now let’s get this straight first and foremost. She wasn’t “tearing up these people’s stories” she wasn’t “declaring war on the President” or however it was spun, the people who were talked about in the speech are okay, nothing happened to them. Like it or dislike it, it seems like Pelosi made a calculated political move, this wasn’t a temper tantrum. She understands that Trump thrives in a rally-like environment and he loves the attention. But by tearing up the speech, she all of a sudden made the State of the Union about her taking Trump’s beloved attention off of him and knew the headlines were gonna have her name on it and not his. It was clearly her sending the message that she believed the whole speech was ridiculous. Pelosi commented on the action, “It was a manifesto of mistruths.”

The main mistruth that fired Democrats up is when Trump asked Congress to create a bipartisan bill that would lower prescription drug costs. Trump claimed, “I will sign it into law immediately.” The problem with that is that the House passed comprehensive legislation that would lower prescription drug costs called H.R.3. A few Democrats began to stand and chant “H.R.3” out of anger.

The speech was self-congratulatory at first, it then shifted to spouting out goals and initiatives we all know aren’t going to happen and then it became an episode of “The Oprah Show” with military husbands showing up, a child getting a scholarship to any school of her choice, and someone winning an award and believe me two-thirds of that was pretty cool, but I have a feeling that it wasn’t done out of the kindness of his heart. I honestly believe he did all of that for polling points; Can you blame me when all he does is self-boast while tearing others down? 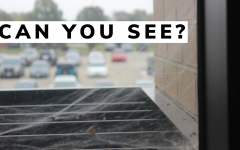 Do You Know Where Everything Is? 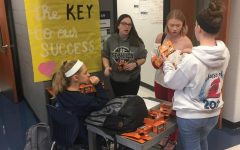 More Than Just A Club, But A Community 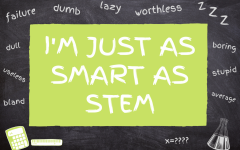 I'm Just As Smart As STEM 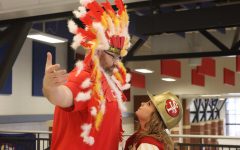 How Normal Fans Turn Into Diehards 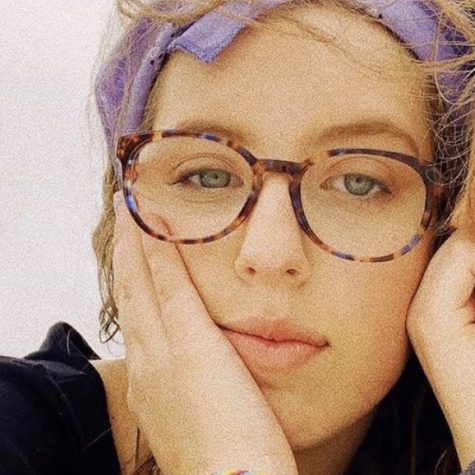 Mollie Banstetter is a junior and the Layout Editor of The Ledger. This is her third year of being a part of publications. Outside of publications Mollie...

One Response to “A Disastrous Comeback”