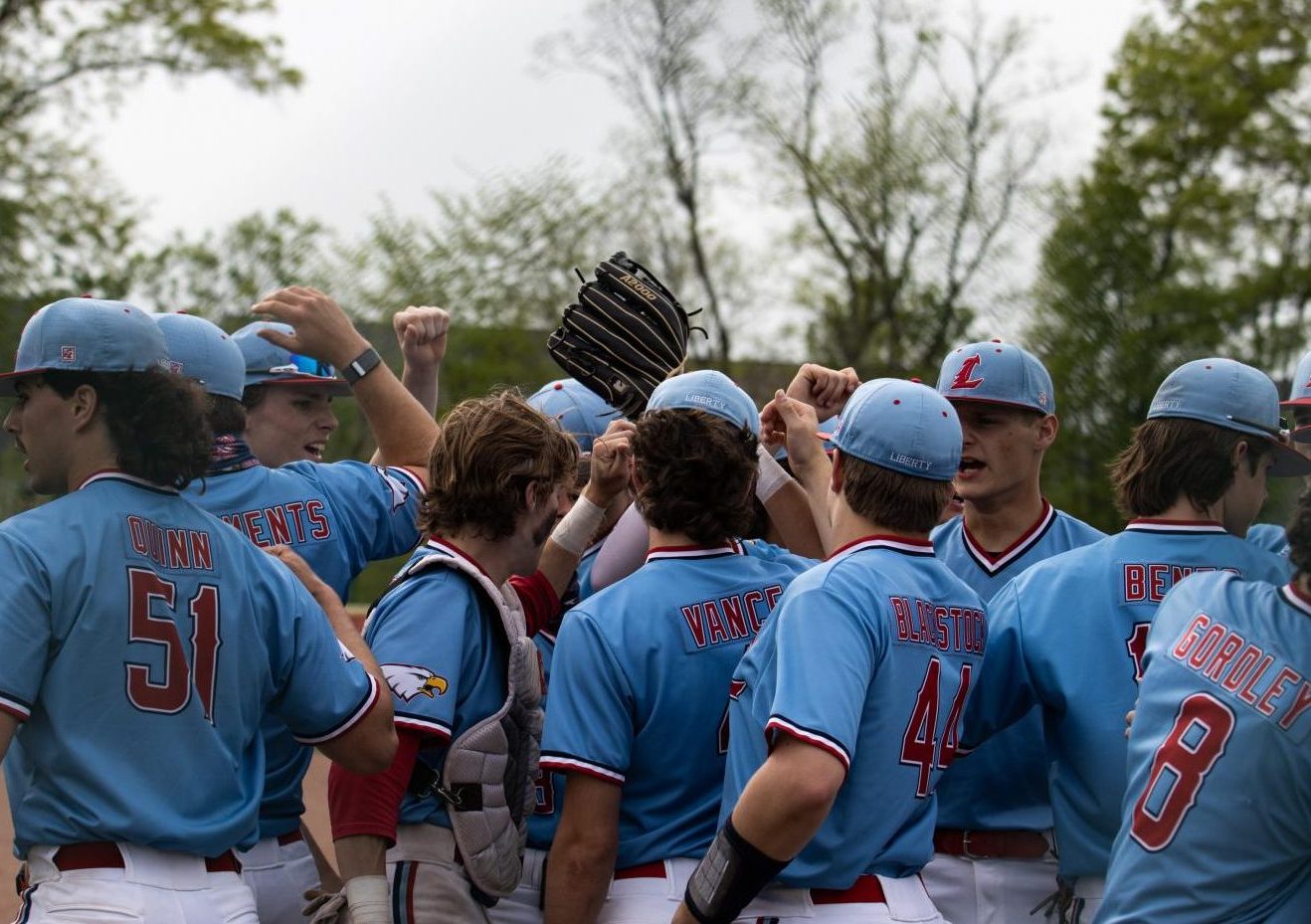 The varsity baseball team celebrates their victory on senior night.

The varsity baseball team faced the Fort Zumwalt South Bulldogs on Tuesday, Apr. 27 for the annual Fastballs for First Responders event hosted by the Student Council. In an exciting senior night game, the Eagles defeated the Bulldogs 8-3 after a slow start in the first few innings. The Bulldogs had an early lead, scoring two runs in the first inning, but the Eagles turned it around in the fourth, scoring three runs that set off the chain reaction leading to a Liberty win.

“That’s not what we wanted to happen, but at the same time, I was confident because Victor is a great pitcher, and I was confident he’d settle down,” Coach Clements said. Senior starting pitcher Victor Quinn is also currently number two in the league for home runs scored so far this season.

Although the Eagles started off slow, they eventually got into their groove and started playing as a well-oiled machine. From flawless plays in the field to base hits, Liberty’s talent, and chemistry as a team started showing towards the middle of the game.

“I just kept telling myself as long as we can keep them to two runs, we’re gonna be perfectly fine,” Clements said. “And then, sure enough, we had base runners on, we got some big hits, and we were winning 3-2.”

In the fifth inning, the Bulldogs scored their third and final run of the night, tying the game. The Eagles weren’t shaken up by the close game. Instead, the Eagles scored three more runs, two runs batted in by sophomore Seth Benes after a one-base overthrow by the Bulldogs.

“In the moment, I thought that was a big play,” Clements said. After Benes’ base hit, the rest of the game was smooth sailing for the Eagles. Senior Kyle Bermudez sealed the deal with a home run in the bottom of the seventh. The final score was 8-3, earning Liberty their 11th win this season. They now have an 11-5-1 record and are in second place behind 14-4 Zumwalt East.

With all the excitement from the game, senior night for the Class of ‘21 players was one to remember as they came back and defeated Fort Zumwalt South in the Fastballs for First Responders game. This annual game honors the area’s first responders such as firefighters, police officers, and paramedics.

“They always bring a great energy, they lead by example, and I couldn’t ask for better seniors,” Clements said.

The Eagles have many goals they plan to accomplish this season, and the senior class is leading the program in the right direction after this incredible game. 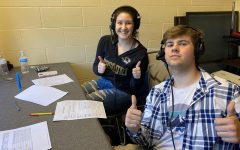 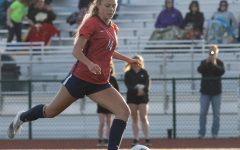 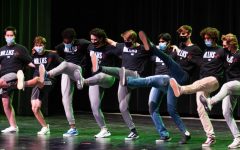 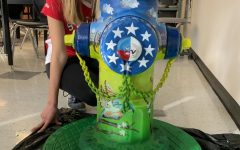 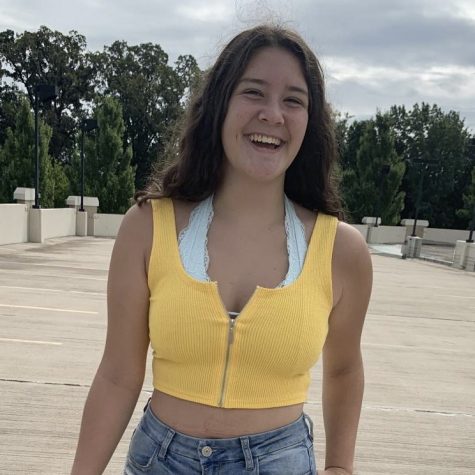 Ally Schniepp is a junior and is Sports Editor of the Ledger. This is her third year in publications and second year of magazine. After school, Schniepp... 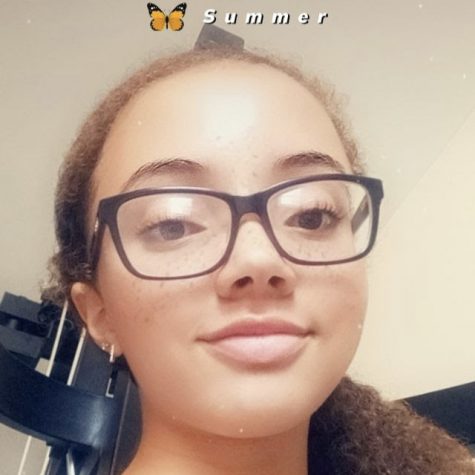 Monica Reyes is a sophomore and this is her second year in publications and her first year in yearbook. In her free time, Monica enjoys being with her... 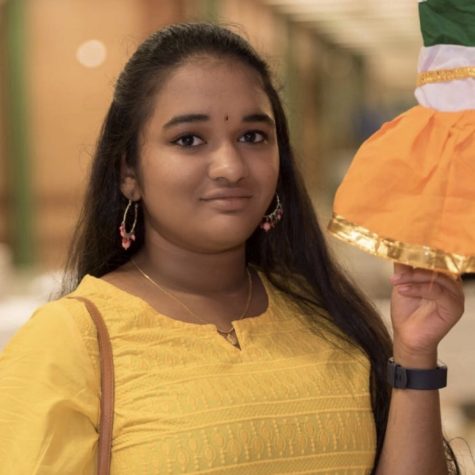 Sruthi Ramesh is a junior this year, at Liberty High School. She is involved in lots of things at Liberty including serving as the Editor of LHStoday,...